Hi Mark,
First, for clarity in my comments, let me define a couple terms. A "receiver," in this context, is a software entity that provides the user with audio, a panadapter display, and a set of controls for these. A "DDC" (Digital Down-Conversion) is a firmware entity that provides a received data-stream with a specified center frequency to the software.

Given these definitions, PowerSDR mRX has two, or maybe three, receivers at present: RX1, RX2, and RX1-Sub. From a signal-processing perspective, RX1-Sub is a totally independent receiver. However, it uses the same data-stream used for RX1 and the user interface does not include a separate panadapter or a complete set of separate controls for it. Just to emphasize, this is totally a user interface limitation, not a signal processing limitation. RX1/RX1-Sub uses the data-stream from one DDC and RX2 uses the data stream from a second DDC.

There are a couple ways in which we use the data-streams from additional DDCs, when they are available. Stitched Receivers uses two more DDCs to triple the width of the RX1 panadapter. Also, PureSignal uses two more DDCs to get the feedback it needs for calibration. On radio models like the 10E that only have two DDCs, we cannot support stitched receivers and have to do some fancy switching between receive and transmit for PureSignal operation.
We have a new version of the console application for the "new protocol," Protocol_2. That's called Thetis. The user interfaces for PowerSDR mRX and Thetis currently look quite a bit alike. However, there are some significant new features in Thetis and a lot more differences under the hood. Both share the same DSP code, the WDSP library. However, the rest of the datapath has been rewritten for Thetis. In PowerSDR mRX, the datapath code to which I'm referring is in the JanusAudio dll and in an "audio callback" in the file audio.cs. That code is not present in Thetis, it has been replaced by the ChannelMaster.dll.

By design, the ChannelMaster.dll makes it very easy to instantiate the datapaths for more receivers and assign these receivers to DDCs. Just by specifying the number of receivers desired, all the datapath is magically instantiated and datapath resources are allocated appropriately. What is not complete, however, is a separate user interface (including panadapter and a full set of controls) for each new receiver. After Doug and I wrote the ChannelMaster.dll, we did prototype the UI for additional receivers. We have a development version of Thetis that opens additional receiver windows, each with a separate panadapter and a very minimal set of receiver controls. This works fine ... we just haven't gotten around to the SIGNIFICANT job of completing the UI, complete with all desired controls.

The number of receivers that make sense is also somewhat limited by the number of DDCs --- that varies by radio model depending upon the size of the FPGA.

For Protocol_1, the number of DDCs is as follows: Original_Hermes - 4, Hermes_14bit - 2, Angelia - 7, Orion - 7, Orion MkII - 7. I think there is room in the FPGAs of Orion and Orion MkII (perhaps Angelia) for even more DDCs; however, there has not been a need for them to this time.
For Protocol_2, the number of DDCs is the same, EXCEPT, there has been discussion of only having 2 DDCs in the original Hermes. The reason relates to regulated power since more power is required for the Gbit ethernet used for Protocol_2. The firmware developers and board designers will make final decisions on this. Right now, in Thetis, I'm assuming that the original Hermes has only 2 DDCs.

For Protocol_2: The situation is similar to Protocol_1. However, Thetis, with its more flexible underlying software architecture, supports some situations that are not supported in PowerSDR. For example, two DDCs can be used for Diversity reception on RX1 at the same time as you're receiving another frequency (using another DDC) on RX2.

Use of "ddc swapping":

Yes, the software could just pretend that there are only two DDCs and operate that way with PureSignal and Diversity, leaving any other DDCs free for other uses. However, this creates some situations where features don't work at the same time or there is no DUP panadapter display (at least on the receive frequency). It is desirable to have the receive data streams remain available during transmit.
Stitching:

Yes, we "could" stitch more DDCs together on panadapters. HOWEVER, we are not currently taking that approach on Thetis. With Protocol_2, we have sample rates up to 1.5Mhz which means that we can have up to 1.5Mhz panadapter widths without stitching. We also have a 0-55Mhz wideband spectrum display. 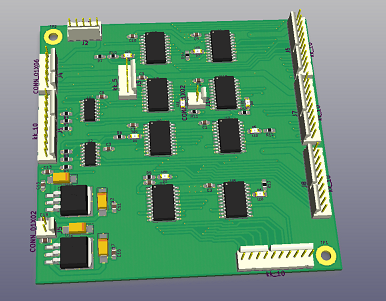 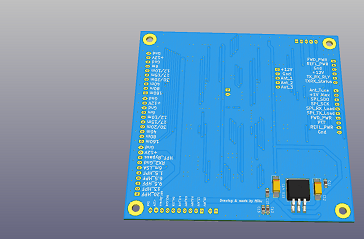 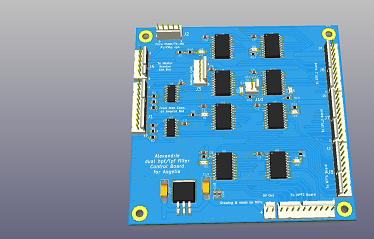